Easter is a true moveable feast. The First Council of Nicaea in 325CE established the date of Easter as the first Sunday after the full moon following the March equinox. Consequently it can be as early as March 22nd and as late as 25th April. The Eastern Orthodox church bases its calculations on the Julian calendar in which April 3rd corresponds to March 21st. The range of possible dates for Easter for the Orthodox church runs from 4th April to 8th May.

The early Christians were past masters at adopting pagan festivals for their own use. Their Christian festival of Easter celebrating the resurrection of Christ is timed to coincide with early spring, the period of rebirth and renewal. Many pagan societies marked the start of spring with festivals celebrating the renewal of life and the promotion of fertility. Northern European communities celebrated a festival named after a goddess of spring, dawn and fertility, Eostre. Two prominent images associated with the festival were the hare and the egg. As Christian missionaries moved north they saw the sense in appropriating some of the (presumably) popular features of Eostre into their celebration of Christ’s resurrection and the rest is history, as they say.

Over time the hare became a rabbit but the furry pest has become firmly associated with Easter time. In around the 1600s we have the first literary reference to a rabbit in the context of Easter, the German Oschter Haws who was believed to lay a nest of coloured eggs for good children.

Eggs themselves are, naturally, a symbol of rebirth. In the Orthodox church eggs were dyed red to represent the blood of Christ shed on the cross and the hard shell symbolised his entombment, the cracking of which signified his resurrection. In 1610 Pope Paul V associated eggs with the resurrection in a prayer, “Bless, O Lord, we beseech thee, this thy creature of eggs, that it may become a wholesome sustenance to thy faithful servants, eating it in thankfulness to thee on account of the resurrection of the Lord”.

The first chocolate Easter eggs were made in France and Germany in the 19th century. A type of eating chocolate had only just been invented and the first eggs were solid. John Cadbury first made his French eating chocolate in 1842 but it was not until 1875 that he made his first Easter egg. Modern eggs owe their existence to two major developments in the production of chocolate – the invention of a press to separate cocoa butter from the bean (1828, Van Houten) and the introduction of pure cocoa butter (1866, Cadbury brothers).  The earliest Cadbury eggs were made of dark chocolate and the earliest decorated eggs were plain shells enhanced with chocolate piping and marzipan flowers. The introduction of the more popular dairy milk chocolate in 1905 was the stimulus the easter egg trade needed.

So now we know!

Continuing our occasional series about unusual (an amusing) deaths.

There are some occasions when you just don’t have enough hands and you end up deploying other parts of your body to assist, notably your mouth. This practice can be dangerous as the fate of the famous playwright, Tennessee Williams – Streetcar Named Desire, Cat On a Hot Tin Roof etc – shows. The playwright had opened a bottle of eye drops to administer to himself and decided to hold the top in his mouth. Leaning back to allow the drops to enter his eyes more effectively, the cap loosened and lodged in his windpipe. Tennessee never recovered.

Those who are of an artistic temperament are known for being so wrapped up in their performance that they are oblivious to their surroundings. Add to this the less than effective ‘Elf and Safety regime that operated in days gone by. Result, potential for disaster as the famous prima ballerina, Emma Livry, demonstrated in 1863. While rehearsing her dress got too close to the footlights at a rehearsal – they were naked flames in those days – and caught light. She suffered from severe burns and died eight months later still in agony.

If you are going to die, it may give your poltergeist and your grieving relatives some satisfaction to know that your death was the first of its kind. This may have been the source of consolation for the friends and family of Mary Ward. In 1869, she accepted, as you do, a kind invitation from her cousins who numbered the future steam turbine inventor, Charles Algernon Parsons, to take a ride in a steam car they had built. Unfortunately, for reasons which are not clear she fell from the car and was crushed under the wheels. She did not survive but earned a place in history by being the first person to be killed in a road accident involving a powered vehicle.

Your skull is thick for a reason – to give you extra protection. Sometimes, however, all your skull can do is delay the inevitable. Witness the fate of David Lunt from Deadwood, South Dakota. He was accidentally shot in the head when trying to stop a fight between Tom Smith and the town’s Marshal, Con Stapleton. The bullet passed through his brain and left entry and exit wounds but he remained unconscious throughout and suffered no pain. However, his trauma caught up with him 67 days later when he suffered a terrible headache and died. The autopsy revealed that the bullet wound had killed him but could not reveal why it took so long to do so.

William Holden, who starred in Bridge over the River Kwai, slipped on a rug in his home, hit his head on a bedside table and bled to death. His body was only discovered four days later. The autopsy revealed that he may have been alive for thirty minutes after his fall but due to the amount of alcohol he had consumed, may not have realised the extent and severity of his injuries at the time.

Forty down, six to go, five points to find

Another one of those results that you would have accepted prior to kick-off but after the match leaves you feeling hard done by.

Hurst (welcome return) and McGinn replaced Gayle and McAllister in the line up and Asante (TMS’ 15th loan signing this term) was on the bench. The game came to life around the hour mark when Richards’ thirty yard free kick looped over the Carlisle goalie . The Cumbrians were back on level terms two minutes later, Miller converting from the penalty spot after a Summerfield foul.

On the 76th minute Mambo opened his scoring account for TMS pouncing on a loose ball a yard out but six minutes later Miller who was brought down by Weale picked himself and scored his second spot-kick,

By all accounts the second penalty was harsh and it was a game TMS had done enough to win. But frailties at the back – the loss of Jones after 20 minutes which meant another centre back pairing, Goldson and Mambo could be significant in the run-in – continue to undo the good work.

Still another point earned and one less game to play. Results at the bottom are still broadly going our way but it is still going to be tight.

Next up, home to Crawley on Monday.

Being the bearer of bad news can sometimes have unfortunate consequences as this tale will demonstrate.

It is August 1870. The setting is Hautefaye in the Dordogne. France was at war with Prussia at the time and three weeks later the Emperor, Napoleon III, would be captured by the enemy and deposed.

On the 16th of August the residents of Hautefaye were holding a fair. The cousin of a young nobleman, Alain de Moneys, turned up and reported that the war was not going well. Fuelled by alcohol the locals attacked the cousin and his party who managed to flee. The mob the turned their attentions to Alain.

Accusing him of being a Prussian spy and a traitor to the Emperor, they surrounded him. The local priest tried to pacify the situation by giving the crowd more drink. This only served to worsen the mob’s  mood and unable to hold them back any more, the priest is reported to have said, “eat him if you want”.

For two hours the crowd set upon poor Alain, nailing horseshoes to his feet and bursting one of his eyeballs. They finally burnt him in the village square, probably whilst he was still alive, collecting fat from the burning body onto bread and, allegedly, eating the resultant tartines.

Three days later the gendarmerie arrested fifty people aged between 14 and 50. Of the twenty-one who eventually stood trial in Perigueux in December of that year nineteen were convicted, of whom four were sentenced to be guillotined. The sentences were carried out on 6th February the next year.

It was only in 1953 that the last direct witness of the collective madness at Hautefaye, Lavaud Noemie, died at the grand old age of 92. To mark the centenary of this horror the village bizarrely hosted a mass of forgiveness to which descendants of the victim, Alain de Moneys, and his killers were invited.

A truly gruesome story of collective mania. So if you have some bad news to convey, pause for thought.

The next inductee into our Hall of Fame is a serial inventor whose greatest contribution to the well-being of mankind was discovered by accident.

In the 1950s after leaving the navy Greatbatch was working as a medical researcher at the University of Buffalo, trying to develop an oscillator to record heart sounds. (Un)fortunately, one day as he was assembling his box of tricks he reached out for a resistor, got hold of the wrong type and unwittingly fitted it to his oscillator. Naturally, the machine did not behave as he anticipated – instead of recording the rhythm of a beating heart he noticed that his machine gave off the a rhythmic electrical pulse. The result reminded him of some discussions he had held with colleagues some time ago in which they speculated whether an electrical stimulation could make up for a breakdown of the heart’s natural beats.

Showing the ingenuity that we come to expect of our inductees Wilson decided to experiment further and two years later he had developed and been awarded a patent for the first implantable pacemaker, just two cubic inches in size.

Before Greatbatch’s breakthrough pacemakers existed but they were the size of televisions and the patient had to be wired up to them. An unfortunate by-product of the early pacemakers was that the patient often received electric shocks.

His first pacemaker was fitted into a 77-year-old who survive for 18 months. Now more than half a million of the devices are fitted per annum and the National Society of Professional Engineers recognised Greatbatch’s invention as one of the top ten engineering achievements in the last fifty years.

But Greatbatch didn’t finish there. He was frustrated by the limitations that battery technology imposed on his pacemaker and so in the 1970s started to develop and manufacture long-life lithium batteries. His company, Greatbatch Inc, eventually supplied 90% of the world’s pacemaker batteries.

By the time of his death (I can’t confirm the cause but I suspect it wasn’t a heart attack) Greatbatch held over 325 patents and had made significant contributions into environmental research and AIDS.

An act of stupidity or carelessness (take your pick) ultimately made a significant contribution to medical science. Wilson, you are worthy of our Hall of Fame. 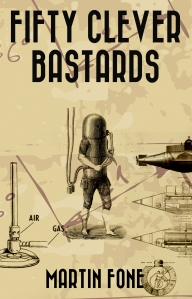